Funny in a painful way

Now most people know that I have a wild talent for injuring myself on broad/blunt/simple things. Well I managed to really wound myself yesterday with something that I figured was unimaginable. This actually tops my lemon burn. Yesterday I was pulling apart a cabbage leaf by leaf and low and behold I managed to wound myself under my thumb to the point of bleeding.

Does this make it a new high or low for me?
Posted by Phalse Impressions at 11:13 5 comments:

Email ThisBlogThis!Share to TwitterShare to FacebookShare to Pinterest
Labels: Strange

We got Five's ashes back yesterday and found a surprising thing in there as well. They took a clay footprint of him before the cremation. It was sweet and something I will hold onto for a long time. 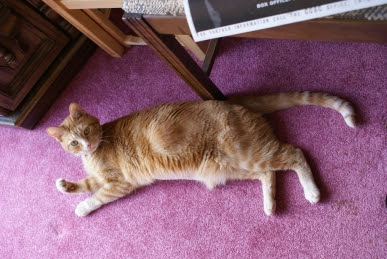 Posted by Phalse Impressions at 19:38 No comments:

Well today when I came home after a long day out of the house I found that Five had about every symptom to look for when deciding when to put him down. His eye had so much goop in it there were bubbles forming. His back end wasn't walking the same path that the front end was walking. He hadn't cleaned his paws or his body since walking in the rain hours before hand. All of that made both my wife and I decide that now would be the best time to put him down.

I found an animal hospital that was open that could do the job so I packed Five up for the last time and took him away. The process was quick and painless from what I could see and I held his head until well after the fact. Now he is taking a journey that has no return and I hope he finds his paradise along that path.

For now I'll be thinking about him while trying to juggle a new born baby. Oh what conflicted times. 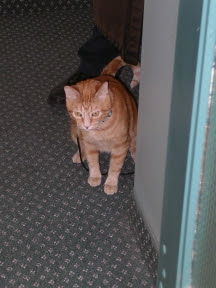 Posted by Phalse Impressions at 19:23 No comments:

Most of you know what is going on in my personal life so no point recapping that except that photos will be coming soon.

Anyway Five is starting to fade faster than I thought he would. It looks like the problems have spread to his left eye and maybe his spinal cord. He has problems walking sometimes and going up and down stairs. Rarely right now his back end doesn't follow the front end when it is going places. He gave his head a shake like he had water on his head and the back end almost fell flat on the ground.

His condition is distinctly more troubled than it was, especially since last Friday. 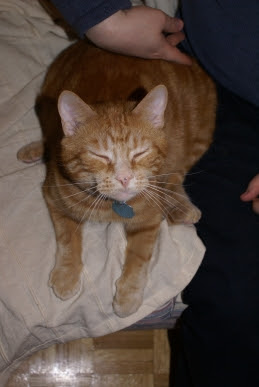 Posted by Phalse Impressions at 15:15 No comments:

Email ThisBlogThis!Share to TwitterShare to FacebookShare to Pinterest
Labels: cat

Actually it is closer to "Where is Five"? but he hides so well. The funny part is watching him watch squirrels wander by and not do anything. Silly kitty. 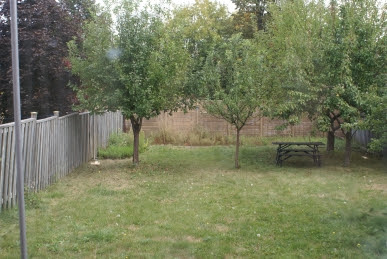 Posted by Phalse Impressions at 13:20 2 comments: